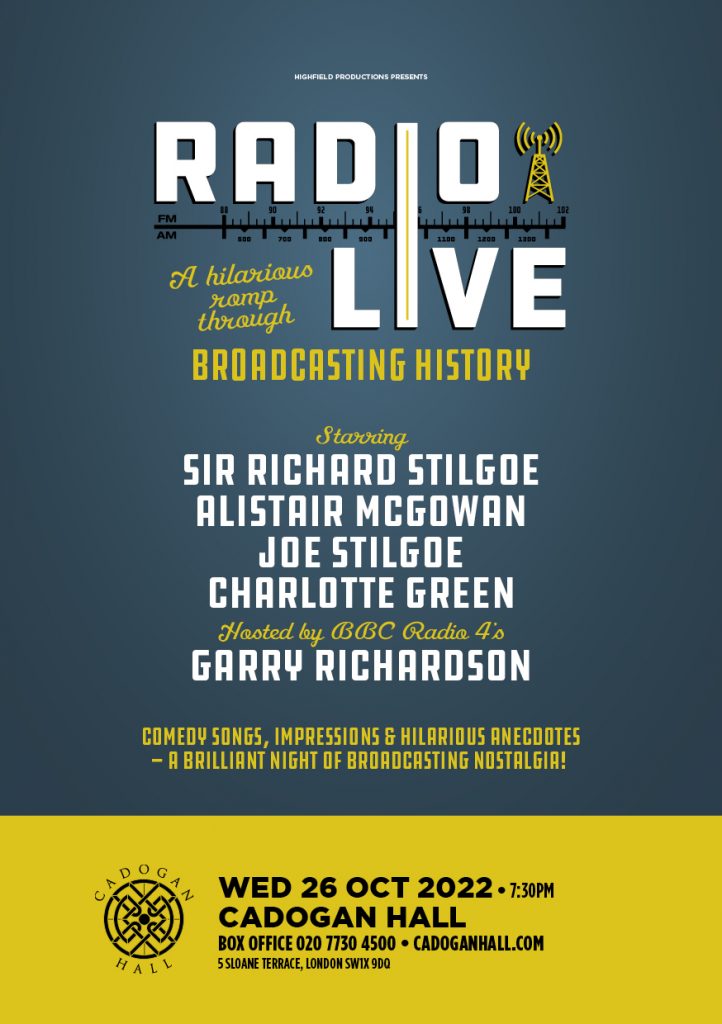 A hilarious romp through broadcasting history

Bringing together a unique group of seasoned radio pros for a celebration of broadcasting, in an unforgettable evening of comedy, music and nostalgia.

Hosted by the Today programme’s Garry Richardson (“and here’s Garry with the sport”), join Sir Richard Stilgoe, Alistair McGowan, Joe Stilgoe and Paul Gambaccini as they reminisce in a show packed with hilarious anecdotes, sketches and music. Together these presenters have been broadcasting on our airwaves for over 2 centuries.