Dashing, dapper and debonair, German crooner Max Raabe believes the timeless melodies and songs of the 20s and 30s have an inherent magic. His interest stems from growing up watching old films of the era on TV, and listening to records in his parents’ collection. Singing songs in English, German and Spanish, Max combines pop-star appeal with nostalgic flair, as well as a good dose of self-irony and dry comedy. Impeccably dressed in white tie and tails, he is joined by Palast Orchester, which he formed with other students in 1986 while attending the Berlin University of the Arts.

Max Raabe and his fellow students formed Palast Orchester in order to play music from the period of Germany’s Golden Twenties. In 1992 they found themselves in the German charts with their song “Kein Schwein ruft mich an” (Why does no one call), written by Raabe, and for providing music for the successful German film “Der bewegte Mann.”

Concert tours abroad followed, the number of which increased after they received an ECHO award for their CD “Charming Weill” and scored well in international charts with two albums on which they interpreted modern pop songs in the style of the 20s. Their versions of “Sex Bomb,” “Oops! I Did It Again” and “Super Trouper” are requested frequently to this day.

In 2010 a successful tour to Israel attracted a great deal of attention. A filmed documentation opened the Jewish Film Festival Berlin-Potsdam and was also shown at similar events in other cities, for instance at the Film Festival Jerusalem and the festivals in New York and Minneapolis. 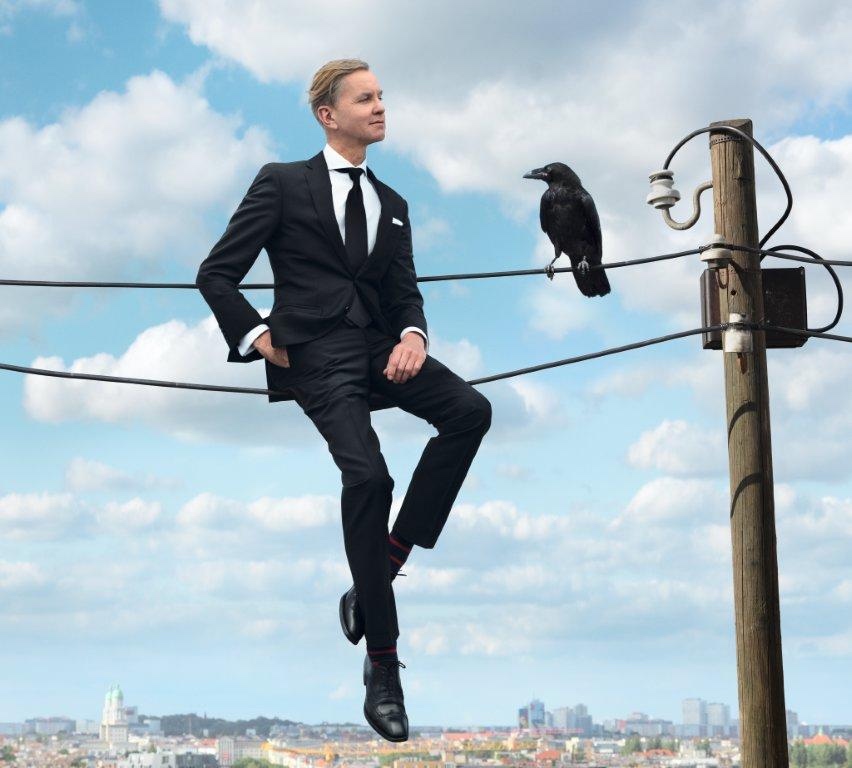