Max Raabe is a million-selling artist in his native Germany, and famed worldwide for his stylish renditions of songs first performed in clubs and films of the 1920’s and 30’s. An aficionado of the films of Fred Astaire, Max seeks out original arrangements of classic old songs and, along with the Palast Orchester, recreates them for modern-day audiences with a debonair, witty style uniquely his own.

Together for over 30 years, Max Raabe & Palast Orchester tour regularly to the US and Canada, playing famous venues such as New York’s Carnegie Hall, and they have played live concerts in China, Japan, Australia, Italy, Russia, Hungary, Poland, Holland, France, Scandinavia and the Baltics. 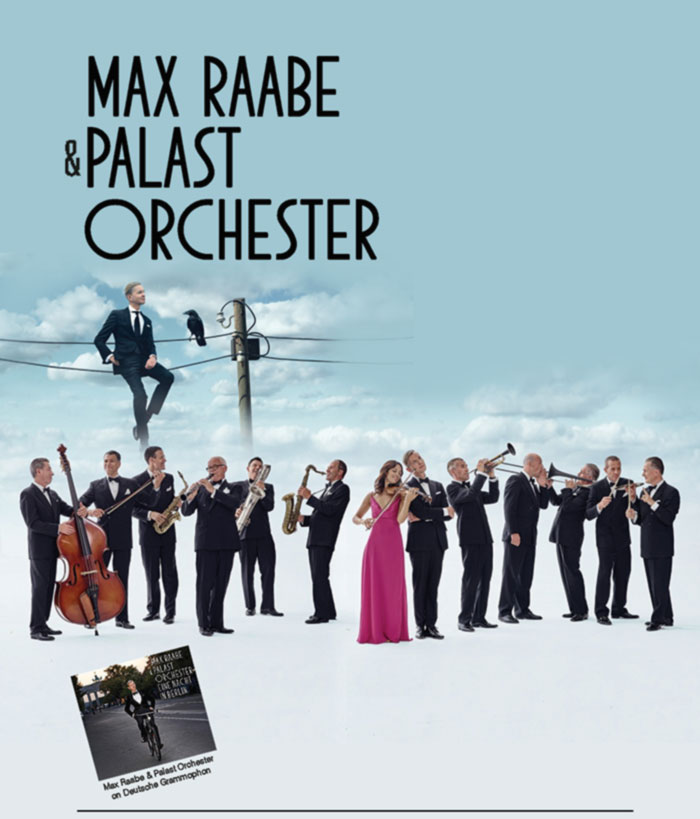 Dream a little dream with Max Raabe & Palast Orchester from Berlin, luxuriate in the high style and musical glory of the 20’s and 30’s with a cool contemporary twist.

Max Raabe is the leading exponent of music from Germany Roaring 20’s. His performances with the Palast Orchester are known for wit and charm, and the busy touring schedule encompasses the world’s leading venues – including New York, Los Angeles, Sydney, Tokyo and London.

“We are in a nightclub somewhere in Weimar-era Berlin, just before things go to heck. The air dances. The world is in love…”
Los Angeles Times