The hugely versatile Alistair McGowan is impressionist, actor, writer of jokes, plays and sketches, stand-up comedian and, latterly, pianist. He is widely regarded as one of the finest comedian-impressionists in the U.K. and is much in demand as moderator and host for corporate events and awards evenings.

Alistair began his career by providing voices for the puppets on Spitting Image. He is fondly remembered for his popular BAFTA-winning TV show The Big Impression, in which he impersonated everyone who was anyone in the early noughties. He is a mainstay of BBC comedy and other broadcasting as panellist, actor and writer.

Alistair’s piano ambitions set in motion a new direction for his career. Having gone back to the piano at the age of 49 (after reaching Grade 2 as a nine-year-old), he released The Piano Album in 2017, playing 17 short pieces by Satie, Liszt, Field, Chopin, Mompou et al, through Sony Classical. The album reached Number One in the classical chart.

Inspired by the album’s success, Alistair took to the road touring The Piano Show.  In what is possibly a world first, the show features short classical pieces interspersed with Alistair’s trademark stand-up comedy and impressions. Alistair’s warmth and delight in playing for the public have inspired people of all ages to either begin playing the piano or return to it after a long absence.

Alistair is married to a star of musical theatre, singer and actor Charlotte Page. (See Media Gallery for videos.) He is a keen environmentalist and has campaigned on behalf of Sustrans, The Woodland Trust, Trees for Cities and Recycle Now. He is an Ambassador for WWF-UK, and proud to declare that he has never owned a car.

With a career covering three decades, the detail below is only a sampling of Alistair’s extensive professional resumé.

Alistair is one of a small number of comedians invited to perform for Prince Charles at his 70th birthday celebration on ITV1; he had previously performed for The Prince of Wales at his 50th and 60th birthday concerts.

Theatre: In the West End in Art, with Sean Hughes and Colin Buchanan; as the Emcee in Cabaret; as the Dentist in Little Shop of Horrors (receiving an Olivier Award nomination). At the RSC in Merry Wives: The Musical. As Professor Henry Higgins in Pygmalion, twice on stage and once for Radio 4. Critical acclaim for his performance in the title role in An Audience with Jimmy Savile. Sang in (and directed) The Mikado and The Pirates of Penzance. As Rachmaninov in Elegie and Debussy in Reverie. As First Voice in Dylan Thomas’ Under Milk Wood.

Radio/TV/Film: As Piero de Medici in Leonardo; Spock in Preston Front; Detective Gil Mayo in Mayo (co-writing several episodes). As Baron Munchausen (and 47 other characters!) in Munchausen. Murder Most Horrid, with Dawn French. Decline and Fall, with Jim Broadbent and Andrew Sachs. Several Book at Bedtime slots for Radio 4. As Mr. Kenge in Bleak House, with Gillian Anderson and Carey Mulligan. For Sky TV: Norris McWhirter in The Norris McWhirter Chronicles. Film: As Nico in Driving Aphrodite, with Nia Vardalos and Richard Dreyfuss. Commentator in Playing the Moldovans at Tennis. BBC film Pete and Dud: The Lost Sketches.

For Radio 4: Three Pieces In The Shape of A Pear, about Erik Satie; The Peregrinations of A Most Musical Irishman, about composer and pianist John Field; The ‘B’ Word, about the first production of Pygmalion. The Big Impression (not generally known that Alistair wrote 70% of the sketches and was the show’s script editor). For Radio Five: four series of The Game’s Up (satirical sports show), alongside Ronni Ancona. For theatre: one-man stage play about Erik Satie, Erik Satie’s-faction. Football Backchat and The Second Leg, both hugely popular with football fans and professional footballers alike.

Host of Have I Got News for You, BBC’s The Big Read, Channel’s 4’s Richard and Judy (while the Richard and Judy were on holiday). Presented Alistair McGowan Goes Wild with Rhinos, highlighting the world decline of the rhino population. Guest on Room 101, and famously featured on the hugely popular Who Do You Think You Are? in which he discovered that he had Anglo-Indian roots on his father’s side. 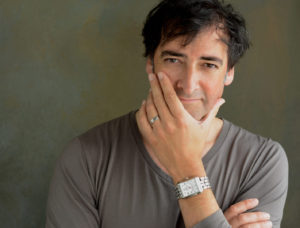 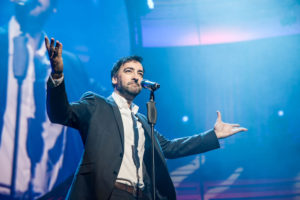 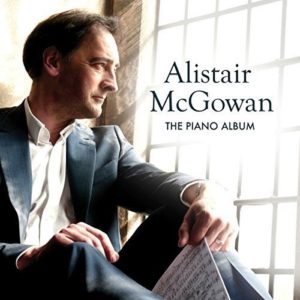 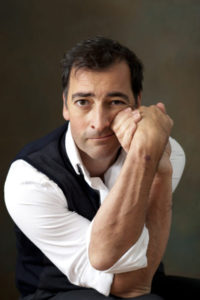 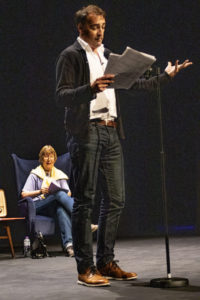